Chris Field is the owner of FIELD SIGNS. Chris has over 35 years of owner/operator sign making experience and has lead his team with enthusiasm to excel and produce quality work, always, no exceptions, for all his working life. Chris is traditionally trained having started with the brushes and paint, learning hand lettering, or signwriting. He quickly rose to the top during apprenticeship by qualifying two years early for his Advanced Trade Certificate and nailed the top award at the time, the Norwood Award for Top Apprentice in all trades for New Zealand in 1978.

Chris developed a strong background with his layout skills and ability to design work that is always contemporary, clean and above all, legible. Nothing leaves the shop without Chris’ keen eye critiquing the work and ensuring the same quality finish is reached on every project.

Chris recognised at an early time, that traditional skills were being watered down and becoming acceptable at a much lower level of skill within the industry. In 1997 Chris became the founder of the LETTERHEADS movement in New Zealand, established to preserve, nurture and develop traditional skills in sign making. The inaugural meeting at the Marua Road sign shop hosted 23 keen participants. Each year since, somewhere in New Zealand, a keen craftsman hosts another meeting. Chris hosted the 10th Anniversary meet and around 60 people attended. Then again, Chris was honoured to host the 20th Anniversary in 2017 and this time the attendees list was over100 people. Over 20 apprentices attended, and many Australian craftsmen and women came along also to enjoy the atmosphere of sharing skills with their counterparts here in New Zealand.

It is now recognised that the LETTERHEADS movement and its following has the most enthusiastic, skilled and energetic people in the New Zealand industry today. They all have a connection with each other and hold dearly to the concept that without effort to learn and practice, their unique skills will be lost.

Chris has also been involved with the New Zealand Sign and Display Association since starting his business in the early eighties. Chris has held office as Chairman then President and because of his ability to recognise good design he was an instigator of the New Zealand Sign & Display Awards, opening the program up to the wider Signage community instead of just Association membership. The programme flourished and FIELD SIGNS were the recipient of many awards. Chris was appointed Chief judge from 2007 until 2015 Each year gold, silver and bronze awards are bestowed on sign companies for the very best work produced in New Zealand. Hundreds of people attend the ceremonies each year and quite often there are over 80 awards contested for excellence. In 2015 Chris was honoured with Life Membership to the NZSDA for his contribution to the sign industry over many years.

Chris was also recognised through the Australian LETTERHEADS community in 2017 when they honoured Chris with Life Membership for his work in preserving and developing traditional skills and his ongoing support of the LETTERHEADS movement in Australia.

It is fair to say FIELD SIGNS is driven with passion and enthusiasm to mix a bit old know-how with new technology and materials and through the process of great craftmanship, they create outstanding work. 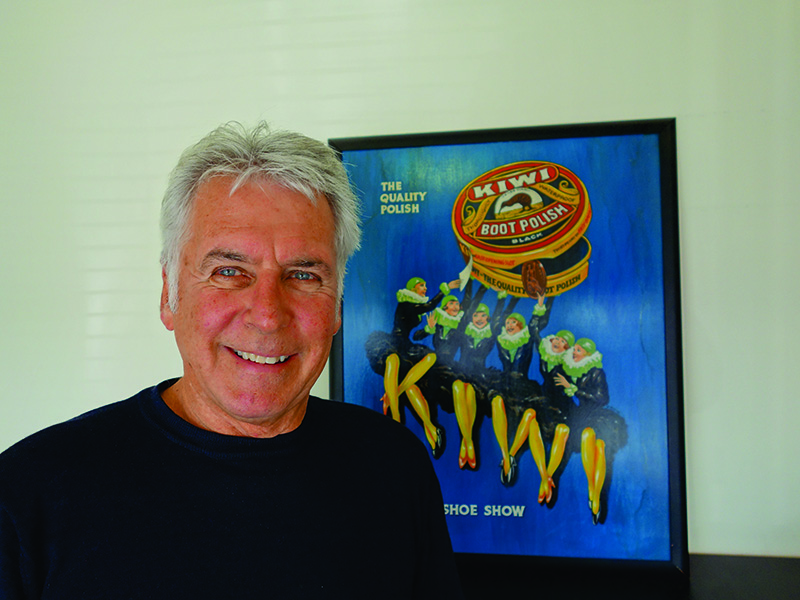